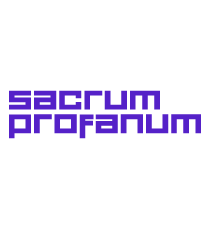 Flutes are joined by electronica, expanding their spectrum and bringing the music kicking and screaming into the 21st century. The concert explores trance aspects of flute music. Talking about expanded performance technique is meaningless – if it has been used for many years and it produces sound, why not just use it? It should be the norm. Dominik Karski’s music, labelled as “ecology of sound”, abounds with such techniques. Streamforms features secondary ways of creating sound (hitting valves, overblowing) or even human physiology as an instrument (slurping, grunting, snorting). Kupczak’s Halny is a captivating composition for electronica and improvised flute in an attempt to translate one of Poland’s most distinctive and fascinating weather phenomena into music. The “pressure differential” is depicted as a juxtaposition of seemingly clashing sounds and structures of early music, pop, alternative and dance music. The second work in the series (Halny 2) was commissioned by Sacrum Profanum for the Radical Polish Ansambl in 2018, so we are delighted to present its predecessor. The final work in the programme, penned by Marta Śniady, features an excerpt from a Justin Bieber song and reaching for the Beliebers culture. The composition explores the phenomenon of popularity and frenzied devotion to idols of popular culture by using video and audio materials showing audiences responding to public events.