BUY TICKET
2021 is the Year of Stanisław Lem, celebrated with the headline I saw the Future. The Sacrum Profanum Festival joins the celebrations of the 100th anniversary of the birth of Stanisław Lem. Lem did not shy away from describing music in his prose – always different, experimental, modern. In the year dedicated to this extraordinary writer, we decided to complement the bevy of literary, scientific and philosophical events with something for music aficionados. This year’s Sacrum Profanum will feature not one, but two programmes with premiere compositions, including the interpretation of Lem's literary works by exciting Polish composers of two generations. 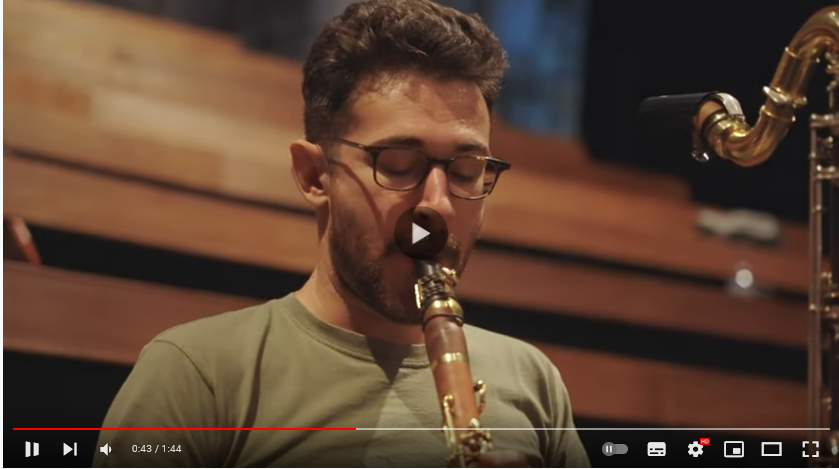 In his Lo firgai. Mask Alek Nowak tackles the eponymous short story devoted to the imperfection of creation, transgression and dualism. The libretto of this monodrama has been translated into the universal Lojban language, which is meant to be used not only for communication between humans, but also between us and machines. The piece was written as part of The Science of Fiction project commissioned by the Adam Mickiewicz Institute for Klangforum Wien. It was written for Joanna Freszel – we will listen to her performance of the piece, together with Spółdzielnia Muzyczna contemporary ensemble – a Krakow-based ensemble, whom we have been supporting for years, and who have been helping us expand the local potential of the Festival. The programme also included works by Żaneta Rydzewska and Mikołaj Laskowski, selected in a competition for compositions devoted to Lem, organised by the Adam Mickiewicz Institute and a Vienna ensemble, with two eminent composers – Agata Zubel and Georg Friedrich Haas – in its jury. The pieces by Rydzewska and Laskowski were inspired by Lem's Return from the Stars and Fiasco.

The starting point for Peszat’s Musikalisches Opfer #2 is Lem's reflection on the possibilities of "creating" a reality that is in no way different from the one that surrounds us – Summa Technologiae. “In the case of artificial/virtual realities we are dealing with a perfect illusion. Lem refers to this process with the term phantomatics, which describes the creation of a situation in which there are no exits that allow one to go from the world of fiction back to the real world. In my piece, I made an attempt to depict a person being between these realities. Between what is real and happens on stage, and what is virtual and visible to the viewer in the video”, says the composer.

The centre is a modern world class building, meeting the requirements of international congress organisations, as well as the highest acoustic and stage mechanics standards. The building has been designed in such a way as to host various types of congresses, conferences, concerts, theatrical shows, exhibitions and other prestigious cultural and social events. The high standard of the building place it among the most desired and exclusive congress centres in Europe.