The Krakow Festival Office deals with the organisation and promotion of major cultural events of local, national, and international scope. The number of the events organised includes both the most prestigious musical events, which have been highly praised in international critics milieu – from the Misteria Paschalia Festival, that emphasises the atmosphere of Easter Week, via Sacrum Profanum with its avant-garde spirit, to the huge open-air spectacles that attract hundreds of thousands spectators, as well as innovative projects in the field of the contemporary arts, theatre (Divine Comedy), and literature (Conrad Festival). The spectacular Film Music Festival attracts great directors and composers to the city; the Opera Rara project, established by the world's foremost interpreters of early music, has become an important destination on the music lover’s travel map. Additionally, the Krakow Festival Office coordinates the programme Six Senses, which brings together all the major Krakow events.

When this is combined with the operation of a network of tourist information points, the management of the city’s virtual portals (both cultural and tourist) and its editorial projects, and integrated with the policy of promotion as well as a network of fantastic contacts, and a perfect knowledge of Polish administrative reality, we build a highly realistic image of the Krakow Festival Office as an institution of significant potential, which is capable of effective co-operation with the principal producers of major projects, whilst at the same time is capable of satisfying the expectations of world-class producers and artists.

The Krakow Festival Office (Krakowskie Biuro Festiwalowe, KBF) was established in 1997 as a municipal institution of culture. The first goal of the original Festival Office, at the time known as the Kraków 2000 Festival Bureau, was the organisation of a series of prestigious events from practically all fields of culture: this five-year-long programme was associated with the award of the title of European City of Culture of the Year 2000 to Krakow. The projects conducted at that time, including the organisation of several festivals, reinforce the position of the Office as major and significant organiser of cultural events in Poland and Europe. Poland’s-unique experience, contacts, and know-how were also decisive for maintaining the operation of the Office after 2000. It has functioned under its current name since 2005. 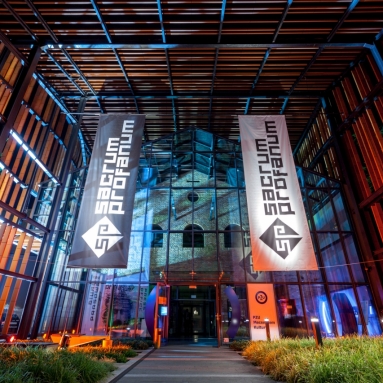